Opening this December, on display at the New Orleans Glassworks & Printmaking Studio shall be a collection of 17” x 22” prints, rendered from an original watercolor series painted by Henry Miller for his book Insomnia, or The Devil at Large, originally published in 1970 by Loujon Press.

In the mid-sixties, Henry Miller had become infatuated with Japanese cabaret singer Hoki Tokuda, fifty years his junior. Hoki was singing at the Imperial Gardens restaurant in Hollywood when Miller initiated what would be a relentless pursuit for her hand in marriage.

Miller and Hoki eventually married, though according to Hoki, the marriage was never consummated. By 1966, Miller was suffering from insomnia, pining over the state of their relationship. Unable to sleep, he painted a dozen watercolors he titled the Insomnia series.

In the book that accompanied the watercolor series, Miller described his paintings as “reflecting the varying moods at three in the morning.”

These prints, which Miller considered among his best, and the short book authored by Miller, were to be released in a complex, handmade wooden box set. Tragically, however, Jon Webb of Loujon Press died in June of 1971, and while a number of the books were made and distributed, the full edition – including the prints and box – was never completed. 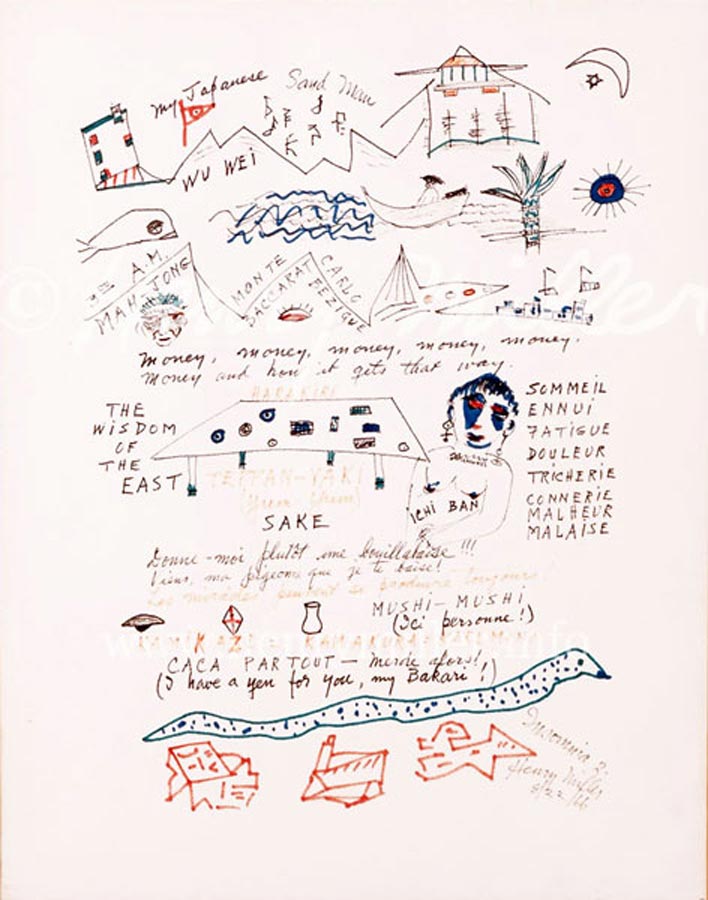 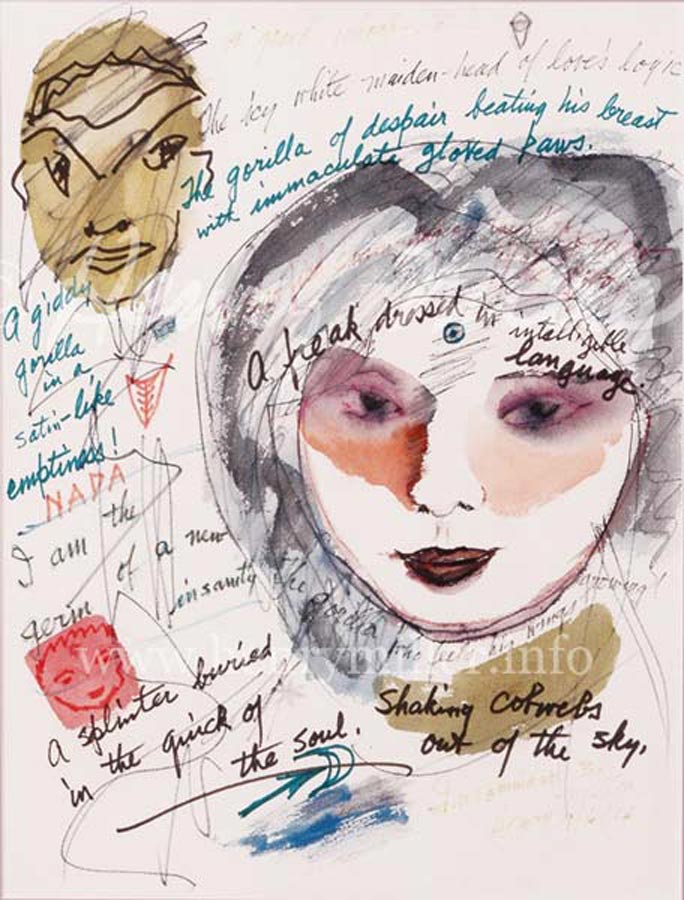 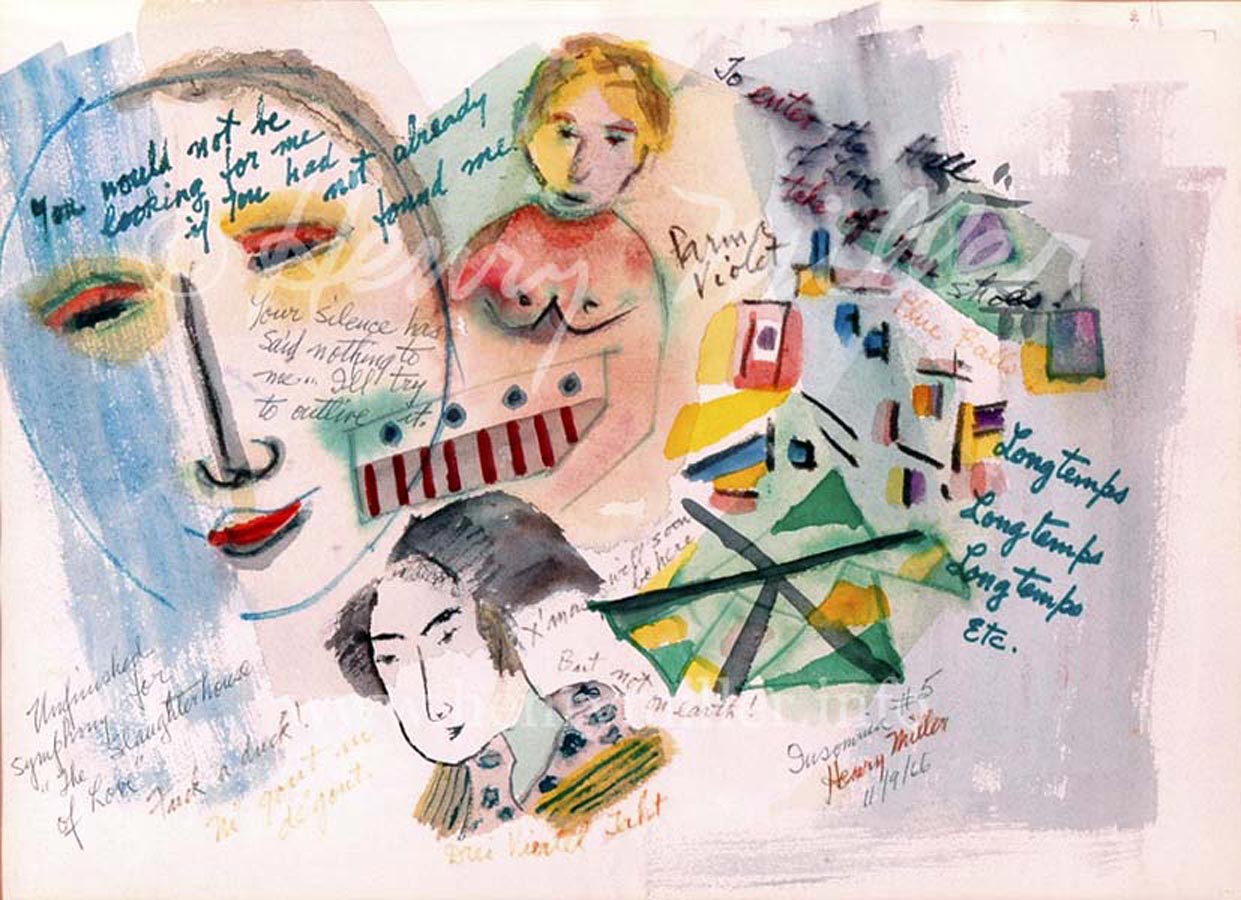 Join the New Orleans Glassworks & Printmaking Studio for our January/February addition to our Seasonal Creations, our hands-on…

Our motto for Seasonal Creations is carpe tempus! or, "seize the season," by endeavoring into the alchemy…